It is November 2014. Most of the major games are already released or will be released by this month. Don't worry. We are not going to exclude those games too from the consideration. This is a list of 3 best games of 2014. We are considering games on these following criteria: Graphics, Popularity, Buzz and Sales (Only for the games released). Let's start with number 3.

This is the 5th ranked game on our list. If our list was made basing on only sales then GTA V would have gone to the number one position. The game is highly popular and made a huge sale in the first week of its release. Though the game wasn't released for PC, Xbox One or PS4, the game was sold worth around $3 million. That was huge. The story line was awesome like any other GTA series. The open world attitude was loved by everyone from GTA Vice City and things became awesome in GTA V. Did you play this game? If not then you missed a big bite of 2014.

The graphics was out of the world and the same goes for the game play. This game is now updated and again going to be released for PS4, Xbox One and PC soon. Are you ready? 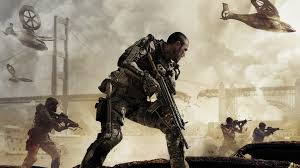 The FPS was in best condition for 2014 when Call of Duty: Advance Warfare released. This is now as one of the top games of 2014 because of the awesome graphics and story base. The game created a huge buzz before it's release. Then the game leaked for xbox 360 and all the gamers went crazy. The game is now available for all. Check the review here: Call of Duty: Advance Warfare Review

Did you play this awesome game? If not then don't waste any more time. You are missing a huge thing. Play it now. 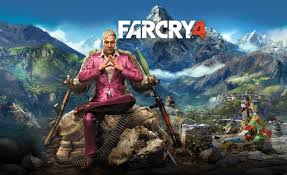 The game didn't release yet. It is scheduled to be released on 18th of November but this is the game which created most buzz for 2014. Far Cry is again a FPS game with open world ability. This is the best game of Ubisoft undoubtedly and they show it every time. This time they game's story starts from Mountains. Check our review here: Far Cry 4 Review

Though there were some controversies with the look of the villain of this game but now those don't exist anymore. It is time to play this game.

Get ready. Life is going to be awesome soon.

Upcoming Games For Xbox One