Army Men is set in Europe during the early 20th century. As part of the Green group, your object is to battle a group called Tan. The Tan are Nazi-like tyrants, armed to achieve world domination. The commander of Tan has vowed to conquer all of Green's territory and claim it for his own. The Green are fighting to protect themselves from the growing Tan threat. But the Tan's territory runs along the Green's borders, enabling Tan to invade Green from all sides. Your strategic skills will be put to the test with this military game. 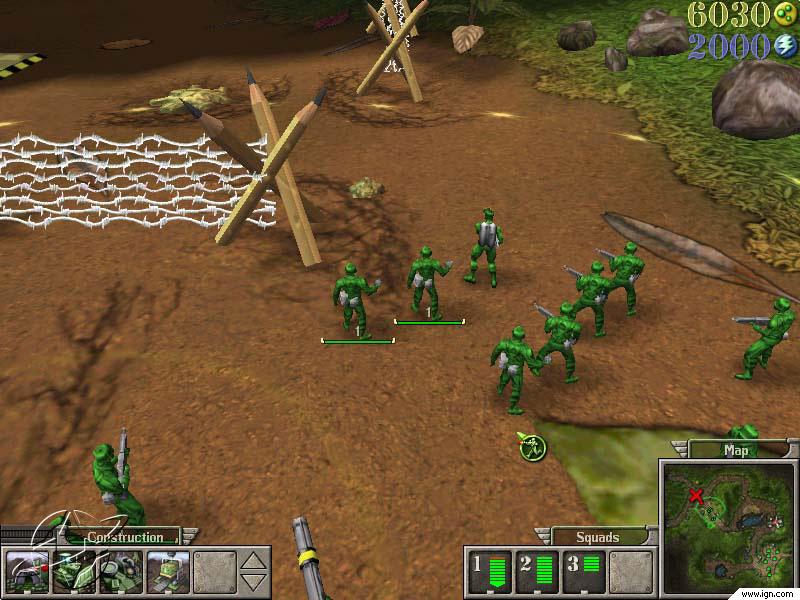 Army Men: RTS is a game in the Army Men video game series. It is a real time strategy game. The game includes 15 campaign missions, 8 "special operation" missions and 8 "great battles" missions. The game revolves around collecting resources (Plastic & Electricity) and using it to build structures and troops while fighting the tan army. Each structure/soldier requires a certain amount of resources. The game is heavily based on the movie "Apocalypse Now", as the player has to hunt down an insane colonel. It is the final game released by 3DO in the series. Army Men: RTS's gameplay requires the acquisition and control of two resources; plastic and electricity, which are necessary to construct combat units and buildings. Plastic, which is required for all normal units, is taken from everyday objects, including Frisbees, dog bowls, and toys. Additionally, whenever a unit or structure is destroyed, a chunk of plastic worth a fraction of its initial cost appears where it was destroyed. Plastic is 'harvested' by Dump Trucks. Electricity, which is required for vehicles and Radio operator equipment, is drawn from electrical objects, such as batteries, toasters, and walkie-talkies. A particular structure, the Resource Depot, must be built to collect the resources gathered by the Dump Trucks. 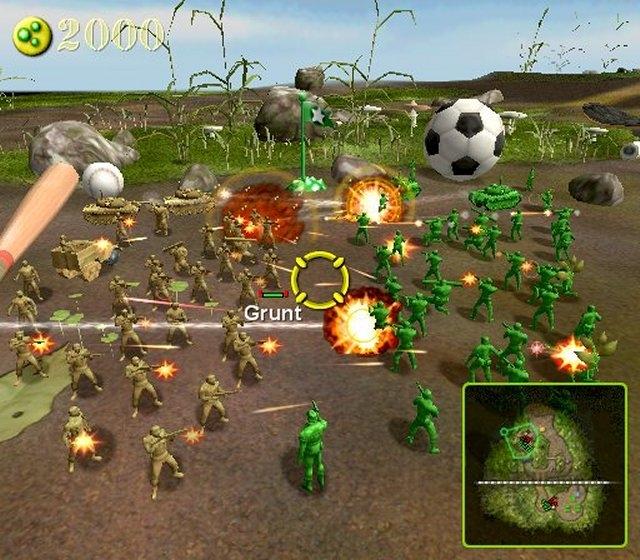 Players use their resources to construct buildings and units. Since both factions have access to the same buildings and units neither side has an innate advantage over the other. Some buildings construct new units while others provide defense for a base. The production buildings can be upgraded to produce better units. Units are either infantry or vehicles. Infantry troops are cheap to produce but are not as tough, while vehicles tend to be costly. Vehicles range from passive (dump trucks and base-building bulldozers) to aggressive (tanks and half-tracks) to defensive (mine layers) to suicidal Dum-dums, robots armed with firecrackers). Aside from grunts and grenadiers, infantry units have a special task; minesweepers clear out traps, snipers are potent anti-infantry units, and mortar men can annihilate buildings from afar.