In case you don't know, Black Mesa is a remake of the famous Half Life. And you can get the remake now on Steam, it has been there for quite a while. However, it is missing the final, Xen chapter. And that chapter has been in the works for months, being delayed multiple times. However, it seems as if this time, it really is coming soon.

The first chapter of Xen, simply called Xen, is done, and ready to go. The third one, Interloper, can also be played from start to finish with no issues. However, the final chaper, Endgame, is still locked, as it needs some minor tweaks. The other two chapters, still need some work, too. Gonarch’s Lair still needs some art and design changes, while the fourth chapter, Nihilanth, still needs work on scripting and animation.

One thing is for sure - it will take much longer to finish Xen in the remake than in the original 1998 Half Life.

We don't have a release date for Xen, but we hope that it will be out soon. 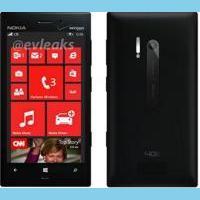