If you're in the market for a new Xbox One, you may want to wait until next week to make your purchase. The promotion is open only in the US and is good at participating retailers, including GameStop, Best Buy, Target, Toys 'R Us, Amazon, and Wal-Mart, among others. You might be thinking that this deal will only let you get a free Microsoft-published game or is limited in some way. 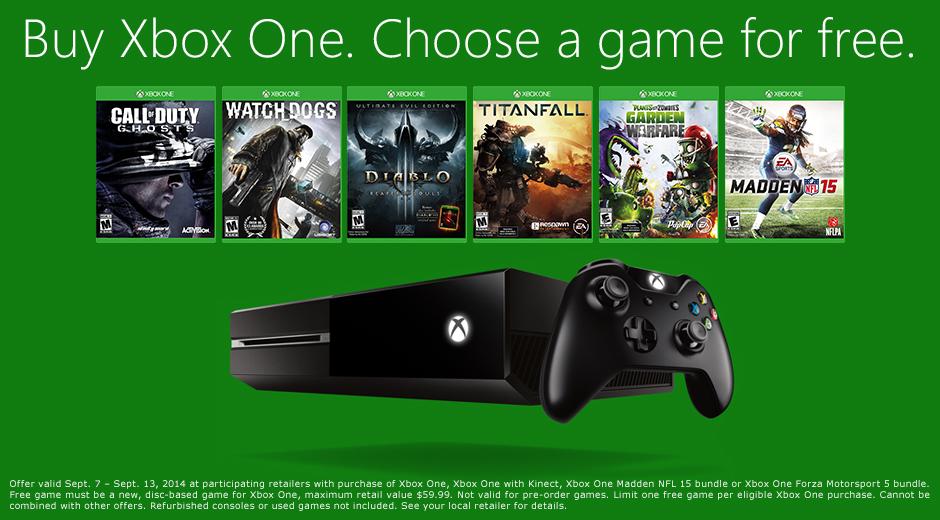 If you haven’t yet made the jump to the new generation of gaming, then head to your favorite retailer next week and pick up an Xbox One. For one week only – from September 7 through September 13 – when you buy an Xbox One from participating retailers in the U.S., you’ll get a free Xbox One game of your choice.

Sony is supporting the launch of Destiny with a limited edition white PS4 system bundled with the game, however under the new deal it will cost new hardware adopters $50 less to purchase the game with an Xbox One.

The only major limitations on the deal is that it's not good for preorder games, and it can't be combined with any other offers. In addition, refurbished Xbox One consoles and used games are not eligible.

Another one Gaming Deal : $15 Evil Within and only $350 Xbox One with Halo Bundle Free game

Titanfall on Xbox One Now Costs Only $8