Candy Crush Saga is basically a game where you have to match three units of a puzzle to clear that. Along with this process, you will face different types of hurdles which will make things tougher for you. This game was released in 2012 and quickly got popularity in Facebook. There were lots of famous games for Facebook before this one but this game actually made people believe how famous a Facebook game can become. This large social network got filled with Candy Crush players and followers. The word of mouth took this game into another level. 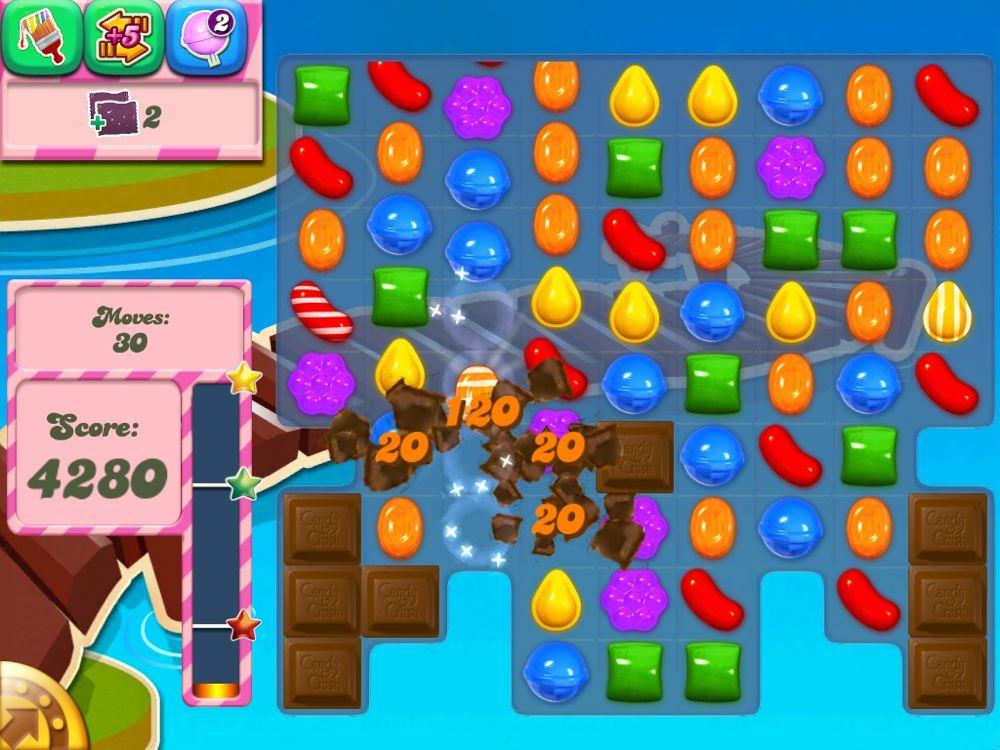 The game was initially released for Facebook only but when the developer King saw the popularity of this game, they decided to release this game for iOS and Android too. The game quickly went to become the most played game in the history of Facebook. Previously this title was owned by a game called FirmVille.

The iOS app of Candy Crush is the most downloaded app of 2013 for iOS. This clearly shows the popularity that this game has. The developers are constantly working to improve the gameplay and the hurdles of this game. Till October 2014, this game had around 740 regular levels and around 455 Dreamworld levels.

Why is this game was named as Candy Crush? The reason is simple. There are candies in the game which you have to crush to make points. You can use credit cards and Facebook credits to buy lives. Otherwise you will have to go through a process of waiting and approving to get it done. This is an interesting game and is famous among players of all ages.

The name Candy Crush Saga made some controversies for King as they don't want anyone else to copy their name. They are trying hard to register and copyright protect their game name which is obviously fine. The competitors know these things and some of them came with a new game called Candy Jam to compete Candy Crush. We are waiting to see what is going to happen next.

Meanwhile, if you are interested to play Candy Crush, you can download it from their website to your android or iOS. You can also play it in Facebook competing with your friends and family.