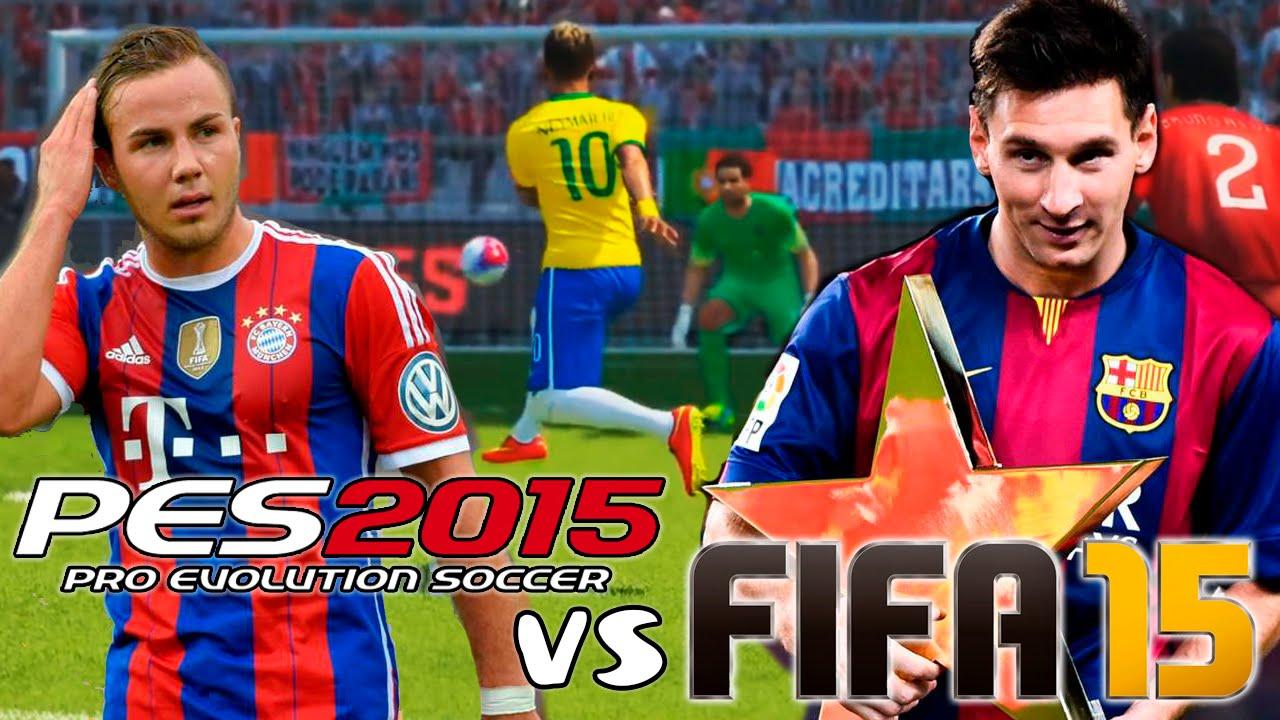 PES released on November 13th worldwide. Before the release of this game, people were asking one simple question. Can PES beat fifa? Each and every gaming sites and forums were flooded with this simple question. Sheeparcade also was not out of this war.

Now as the game released, it is time to tell you guys which one is the better game.

It can easily be said that PES gave a serious competition to Fifa but was it able to beat the glory of Fifa? If you talk about the improvement and the improvement percentages, PES surely beat Fifa in this category. Konami said that they would bring out a new shooting experience for all of the gamers around the globe and they delivered to their promises. The ball control, the shooting and the running is amazing in Pes 2015.

If you talk about the look of the player then you will again say that PES is the better one. They are realistic, they are not artistic. They delivered what they showed in their poster and players look like real players in PES. So, the look also goes to the goal of PES.

Now, if you talk about the most important thing, the game play then it has to be admitted that Fifa is still the better game in this arena. The gameplay of Fifa is amazing and the real time attitude of Fifa 2015 is out of the world. PES can't even be compared with that.

The main problem with PES is the unorganized settings and clubs. The English club names are weird as most of them didn't get license. Fifa also had a negative impact when they didn't change the commentator's speech much in Fifa 2015. Also the Bugs of Fifa made it less popular to the gamers.

In short, it can be said that it is still early to say who is the best but PES is surely a perfect competitor. The game is getting exciting.