The President of Gearbox, the software and game developing giant, Randy Pitchford has stated that he suspects that the efforts he took in order to keep Aliens: Colonial Marines, the upcoming FPS (First-person shooter) game for Microsoft Windows, Xbox 360, PlayStation 3 and Wii U, authentic and also true to its franchise might have had a little effect on the origin of the film Prometheus by Ridley Scott.

According to Pitchford, either at the end of year 2005 or in early 2006, the creator of Alien, Ridley Scott, met with Brian Martel, the Vice President and co-founder of Gearbox, and talked about Aliens: Colonial Marines. He says that he has an “extremely strong hunch” was what led not only to the startup of Aliens: Colonial Marines, but also to the idea that made Ridley make the movie, Prometheus.

In the same interview, Pitchford also talked about other games such as Brothers in Arms, and Borderlands 2. He also spoke about the future of the Duke Nukem Forever.

The 80s Game With Martha Quinn 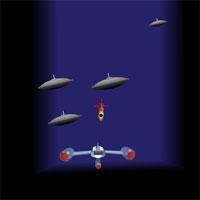 Did You Know About These Games?