Did You Know About These Games?

Did You Know About These Games? description

You can combine the scenario with movies. There are often those special movies that we do not watch or talk about. It is not that those are bad movies. It is just those did not get enough hype like the other ones. It can be because of a huge production house or because of big stars. In the case of the game industry, it can also be a popular franchise. 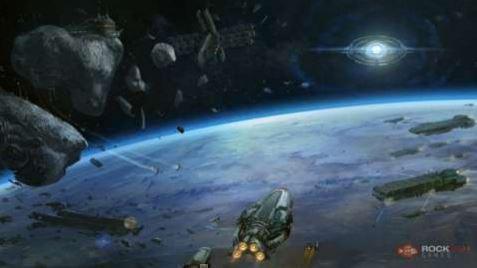 The first one that we will start with is a fun horror game. The chance is pretty low that you have played this one but it is a fun one at the end of the day. The name of the game we are talking about here is Perception and the game is developed by The Deep End Games. In this game, you will be playing as a women who falls into a time travel by accident. The game is pretty interesting in terms of the story line and you will love the fun parts too. The graphics is of average quality but the story and the scary parts make it different.
You will definitely not find any 'force to scare you moments' in this game which is a great sign. Here is what the company says about the whole issue, " There are no traditional jump scares in Perception, but you'll find yourself expecting one because of its atmosphere. Tension mounts as you tap away, trying to find your way through the pitch darkness. A low, seething soundtrack adds to the intense journey through the house, and you're always nervous something is waiting to jump out at you. It's a horror game that drags out the anxiety in terrible, smart ways, making it something horror fans will want to try--as well as maybe players who aren't quite ready to dive into something more illuminated."

The next game that we will talk about now is the Candle Man which is developed by the Spotlighters. They are not one of those big gaming houses but you will not feel that while playing the game. The game is developed in a pretty interesting fashion and the overall experience is amazing. According to us, this is one of the most underrated games of 2016. Let's have a look at the story from the builder's point of view:

"You play as a tiny ambulatory candle, running through mazes lighting other candles along the way. As you light each candle and burn away wax, you become increasingly smaller--but the smaller you are, the higher you can jump, granting you access to more harder-to-reach places. Every level begins in total darkness and will frequently revert back to it; lighting others candles illuminates pathways hidden in the gloom--as well as potential traps, like poisonous flowers, spikes, and bottomless pits."

Does this sound scary or philosophical? Well, the game is a bit philosophical to be honest and that is an interesting part of this one. There are a lot of people who will hate this game but trust us, there are a lot who love it too.

The game is pretty easy so if you are into challenges then this is not something for you. The levels are easy to manage and the interesting part is the philosophical attitude at the end of the day.

The next game that we will talk about now is The Empire Straggers Back. This is a super interesting game. "

Those who love narrative-based adventures like Telltale Games' fare will feel at home with Her Majesty's Spiffing. The premise: the Queen of England wants to expand the British Empire--again--but the world isn't interested in joining and the once-affected nations are not keen on seeing it happen again. So the Queen looks in the only direction she can: space.

In this comedic tale--with some very cheeky writing loaded with British-isms--you control Captain Frank Lee English on his quest to the stars alongside his young assistant, Aled. On his quest for a galactic British Empire, English will have to solve problems you encounter in most 3D point-and-click adventures: repairing broken things, finding batteries for a controller, and engaging in personable banter with those around you. It plays like what we've come to expect from a Telltale game, but the art style is more cartoony. Light and dark throw sheen and shade over English and Aled and the rooms in their spaceship, making it look like something pulled right out of a Pixar film. While we've only seen a brief bit of the game, the dialogue we did run through was clever, with a jovial tone overall. In a market someone lacking in variation for these adventures, a space-faring conquest sounds like a great new twist" this is what the builders say and there is no reason to deny with any of it.

So, do you want to play one of these three games now? If yes, let us know which one and why. Thank you

Things You Might Have Missed in Metal Gear Solid V

Did You Know About These Games? screenshots

I think perception is the best.

Did You Know About These Games? Keywords