A series of the most high-profile tech companies on the planet are falling like dominoes to hacker attacks, which within the recent days hacked in to Facebook, Apple and Twitter, but the investigators who have been working on discovering the origin of these attacks have come up with conflicting reports.

While the majority of security experts are claiming that China is behind the latest wave of cyber-attacks on the U.S. technology companies and also some newspapers, Bloomberg has reported that a number of malware attacks might actually be coming from the Eastern Europe.

Last week, Facebook revealed details about a sophisticated "zero-day" hacker attack on its PCs but guaranteed that none of the details of users were stolen. According to the international news agency, Reuters, which was the first to break the story, the new malware was distributed via a website meant for iPhone developers that may still be infecting the visitors that have not disabled the Java plugin on their web browsers.

Experts point out that completely disabling Java on your web-browsers is the best way to stay clear from these types of attacks that usually exploits the vulnerabilities of Java plugin.

Lizard Member Got Arrested in UK 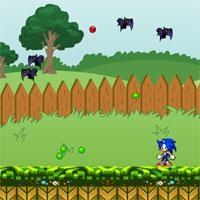