Far Cry 4 Could Get Its Own Blood Dragon-Style Spinoff

Hutchinson spoke about Far Cry 3 Blood Dragon as if it had broken new creative ground within Ubisoft. “I think it was cool because the guys that worked on that, it was fun to say that a DLC didn't have to be irrelevant and you could take some risks with it and do something outlandish,” he told PC Gamer.Now Ubisoft has officially announced that Far Cry 4 will arrive on November 18 for PC, Xbox 360, Xbox One, PS3 and PS4, and has revealed the box art for the game along with further details about the plot. Far Cry 4 will be set in the fictional region of Kyrat, an wild and untamed area of the Himalayas that is struggling under the cruel thumb of a despotic ruler who has declared himself king. Check him out – along witne of his unfortunate citizens – in the box art below. 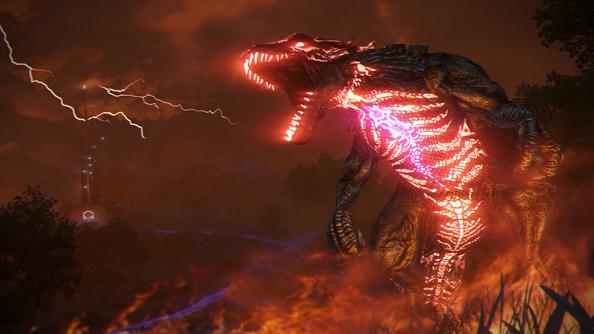