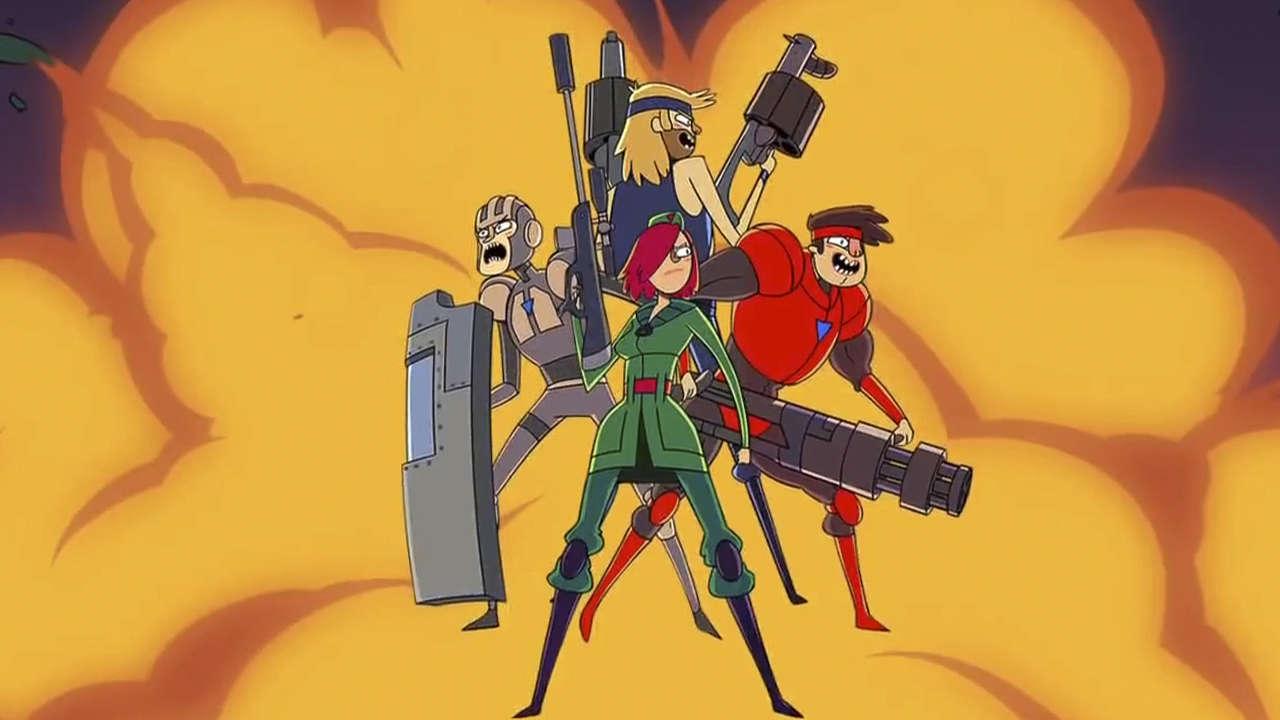 Super Time Force Ultra (STFU), the PC version of the time-bending, side-scrolling shooter is coming to Steam next week, and it's bringing a few special guests with it. Developer Capybara announced on its official website that the PC version of the game will include new playable characters from Valve's Left 4 Dead and Team Fortress 2.Team Fortress 2′s Pyro class will lend his flare gun and flamethrower to the team, while Zoe from the first Left 4 Dead will take down enemies with her two pistols and propane tanks. Less recognizable but also from Team Fortress 2 is Saxton Hale, the Australian President and CEO of Mann Co., who starred in comics based on the game. His abilities are focused on his strong, bare knuckles melee attacks.

Beyond these characters, Ultra adds 50 Helladeck challenge levels that look worthy of that name and the Ultra Force power mode. Read up on those additions here and prepare for August 25.

Super Time Force originally launched for Xbox 360 and Xbox One in May. GameSpot gave the game an 8/10 score, praising its time manipulation mechanic, level design, and varied characters. Check out our full review for more.