Microsoft plans to invest one billion dollars in Xbox One games

After presenting the Xbox One a few days ago is still unclear exactly where Microsoft is the gaming aspect of the game (television part is pretty well explained). It was confirmed that independent developers will not be able to publish their own games and will be forced to cooperate with Microsoft Game Studios, or with another publisher. This policy is different from what they have Sony and Nintendo. Sony accepts independent developers and encourage them to create and publish their own games on the PlayStation Network.

What gamers most worried about is the lack of information about how Microsoft will treat the sale and purchase of used games for Xbox One. So far only rumors about charging fees for playing each game used, and we hope that they will not come true. Furthermore, the game will not be playable Xboxa360 the next-gen Xbox.

Despite the not so great news for gamers, Phil Harrison, vice president of Microsoft's Interactive Entertainment Business, in an interview revealed that Microsoft is committed to providing the best gaming experience. He noted that Microsoft plans to invest one billion dollars in new content, including 15 games studio develops, of which as many as eight new franchise. 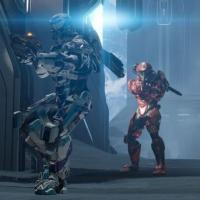 Details For Fallout 4 On Xbox Came Out