Overwatch 2 is here, sequel to the Blizzards latest franchise description

When the original Overwatch first released in 2016, it was a fresh new IP for all Blizzard fans. The format was pretty similar to its brother Team Fortress 2, a Pvp focused hero shooter, but the game focused on more colourful, likeable individual characters with more abilities. The game took off pretty fast and gained attraction even in the competitive esports scene. Over the years, Blizzard expanded the game with new heroes, maps and game modes. Also, the story focused on cinematic shorts also cherished by the community as well. But the format of the game being Pvp, fans wanted more story and PvE focused content. The Overwatch Archives events throughout the years showed fans how Overwatch would look like shooting not players but AI robots, but it wasn’t enough for the community.

This is where Overwatch 2 comes in, a completely fresh take on the beloved franchise. Blizzard exec. Jeff Kaplan took the stage at Blizzcon 2019 and joked about how the recent leaks almost reveal everything about the release of the new game. According to Kaplan, this is a major update to the game, with brand-new visual style, fresh designs to all heroes, abilities, the game modes and UI. Unlike the first one, Overwatch 2 emphasizes on the storytelling and the cooperative PvE experience. During the event, the new gameplay teased the heroes of overwatch battle through a swarm of Omnics, which is the enemy robots of the in the game’s story. This will be a more cinematic experience to the core of the game, and the main story will progress through here. The first gameplay trailer shows Rio invaded by Null Sector, a new faction of Omnics. The map changes through gameplay, walls shatter and objectives change which is a fresh welcome. Among with this new PvE mode, a cooperative, replayable game mode called “Hero missions” will be available to play. This mode lets you play as any hero and has its own progression system. The trailer also showed some ability customizations like 360-degree version of Hammer Strike Super for Reinheart, as well as Mei’s freeze ability modified to freeze all enemies around her. Another new feature coming to the game is items like healing station, turrets and special grenades disposable to heroes to help on their fight against the Null Sector. It’s also mentioned that new enemy factions like Talon are going to play a role in the events.

The event also treated fans with a new cinematic, showing the new design of the heroes in an epic with a giant robot in France. The story continues from the original Overwatch’s release trailer, where Winston pushes the recall button to initiate the Overwatch once again after their separation. Among the familiar heroes like Winston, Mei and Tracer, we get a chance to see Echo, a character recently teased in the trailer called “Reunion”. Also, recently leaked hero Sojourn is shown. This is a hero that leaked many times but this is the first time we see her in action, with her robotic rifle arm. But Jeff Kaplan didn’t provide any more details about her. 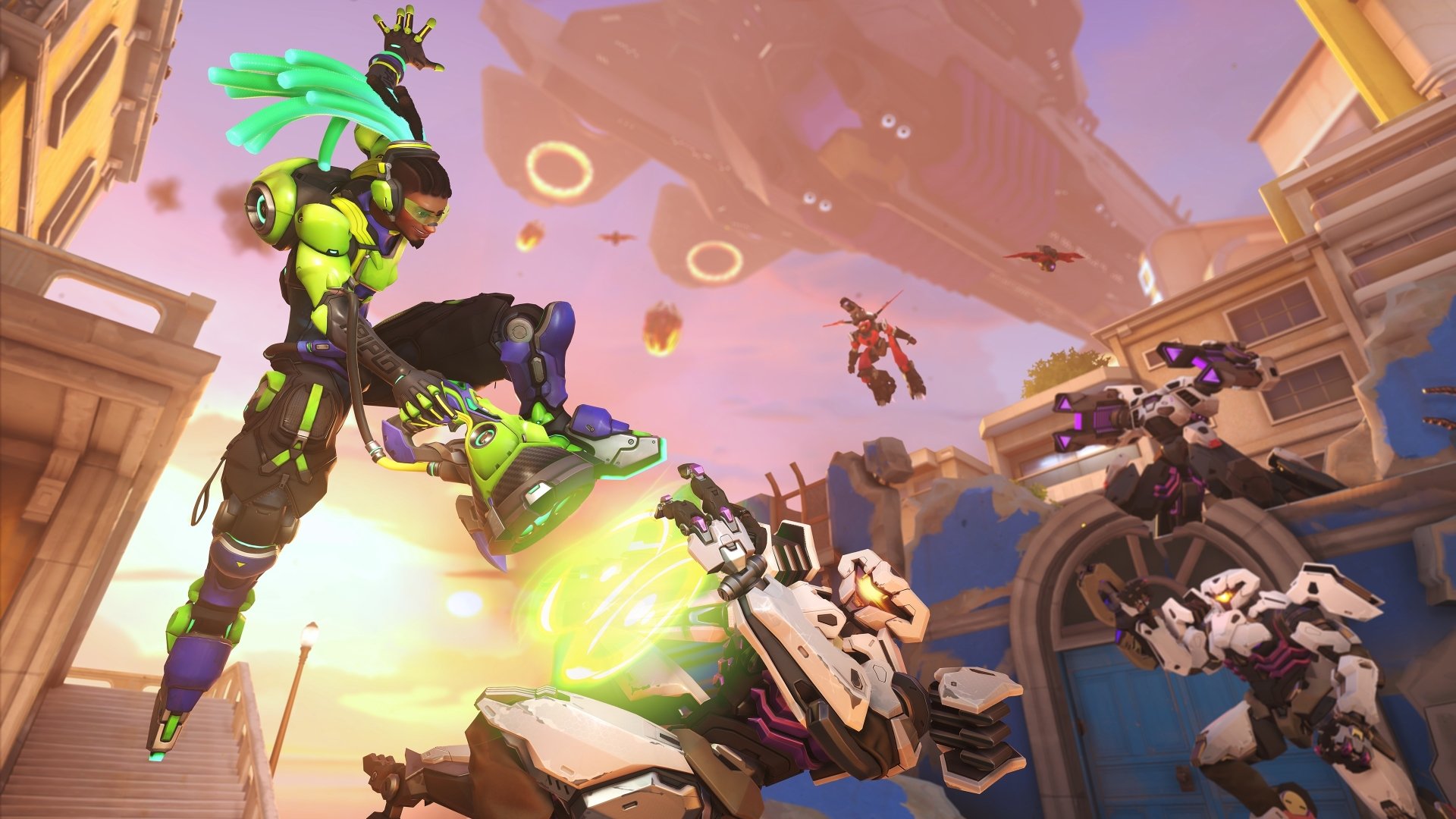 The PvP multiplayer experience will work just like the previous one, and the existing Overwatch players can matchmake with the Overwatch 2 players. The original Overwatch owners will also have access to all new Overwatch 2 heroes and maps. Also, all the cosmetic skins sprays and emotes will be available for upgrading players from the original Overwatch. The new PvP game mode “Push” is also unveiled, which is a mixture of control and escort modes.

The maps are also unveiled, and the first one in Toronto. It is a map set on Canada, full of tall buildings, snow, maple trees and hockey statues. It happens to be the new hero Sojourn’s origin. This map will be a push game mode map, which also shown in the gameplay trailer. Rio de Janeiro is the next location, which is also used in a part of the PvE story missions. Monte Carlo and Gothenburg also will be added to the game, later on.

The game adds PvE mode and fresh new features to the whole game and looks promising. The release date and more details are still unknown. 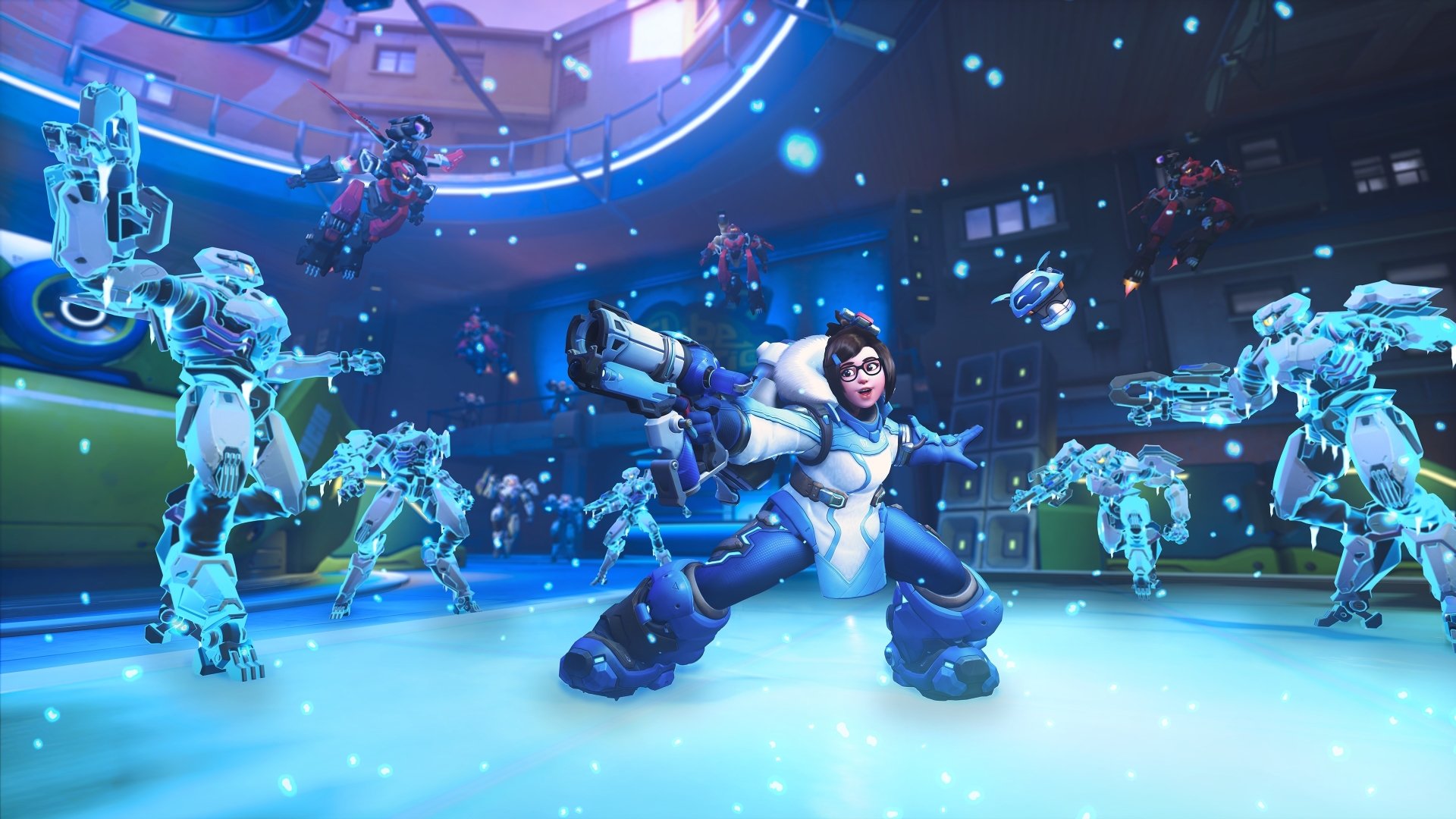 Overwatch 2 is here, sequel to the Blizzards latest franchise screenshots

Overwatch 2 is here, sequel to the Blizzards latest franchise Keywords