It is time to prepare for the grand oceanic adventure. If you pre-order the retail PC copy of Port Royale 3: Pirates and Merchants, you will receive two exclusive retail purchasing incentives. The incentives will come as two DLC (Downloadable content) packs.

Port Royale 3: Pirates & Merchants is a Business simulation game. Developed by Gaming Minds Studios, the game takes you back to the Caribbean seas during the time period of the 16th and the 17th century. It offers real-time battles along with a business simulator. In the game, the players are able to own, build, develop or raze towns.

The press release states that the first DLC pack will be available to every consumer who pre-orders the PC copy (boxed) of Port Royale 3 via Amazon.com. The DLC pack will include three new buildings that are pirate-themed; temple, warehouse and the pirate palace.

And the second DLC is called the adventure pack. The adventure DLC pack will include three additional buildings. 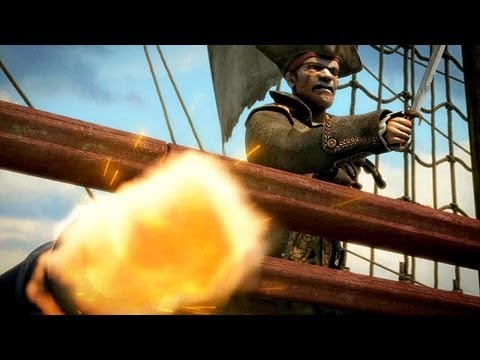