Without any doubts, the PlayStation All-Stars Battle Royale is the biggest upcoming PlayStation-exclusive gaming franchise of the fall. The game is a cross-play Vita/PS3 brawler fighting video game, developed by the SuperBot Entertainment in combination with SCE Santa Monica Studio, which comes in the approach of the famous Super Smash Bros. gaming series by Nintendo. The game will be released very soon.

However, there are many questions that are swirling around the release of All-Stars Battle Royal’s character roster and the stages. One of the main concerns about the game was regarding the fact whether more DLC characters and stages will be available after the initial release of the game in November. And Sony has confirmed that there is going be more DLC characters and stages after the release of the game.

The Sony representatives have stated that they are planning to release additional game-play content for PlayStation All-Stars Battle Royale via post-launch Downloadable Content (DLC). Although Sony confirmed the DLC releases of more characters, environments and stages, they did not release any further information about them. 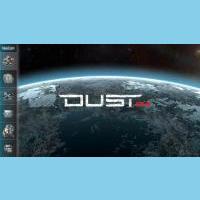