Ask yourself one question, do you feel lucky? The answer is definitely yes if you are a fan of the Virtua Cop series because those boys at AM2 have done the business again with their conversion of the arcade shooter Virtua Cop 2. It's all here (nearly) including those spectacular car chase scenes in the first level. There was some contention in the newsgroups a year ago about whether Sega would even be able to do a conversion, due to this aspect of the game, but as usual they have done a brilliant job and proved people wrong. Everything has been replicated perfectly. You can even shoot the tyres of the bad guys cars and leave them bouncing on their suspension aswell as shooting off just about everything else. The moving sequences of the game really do make it a great improvement over VC1. Be warned though, this game is a really tough challenge. It seems far more difficult than the arcade version, which I've played through to completion. I did find the bosses easier here though. Particularly the first boss the camply named "Bobbi Louise". If I remember rightly, he moves from side to side on the arcade machine, and he throws boxes at you aswell as the barrels. 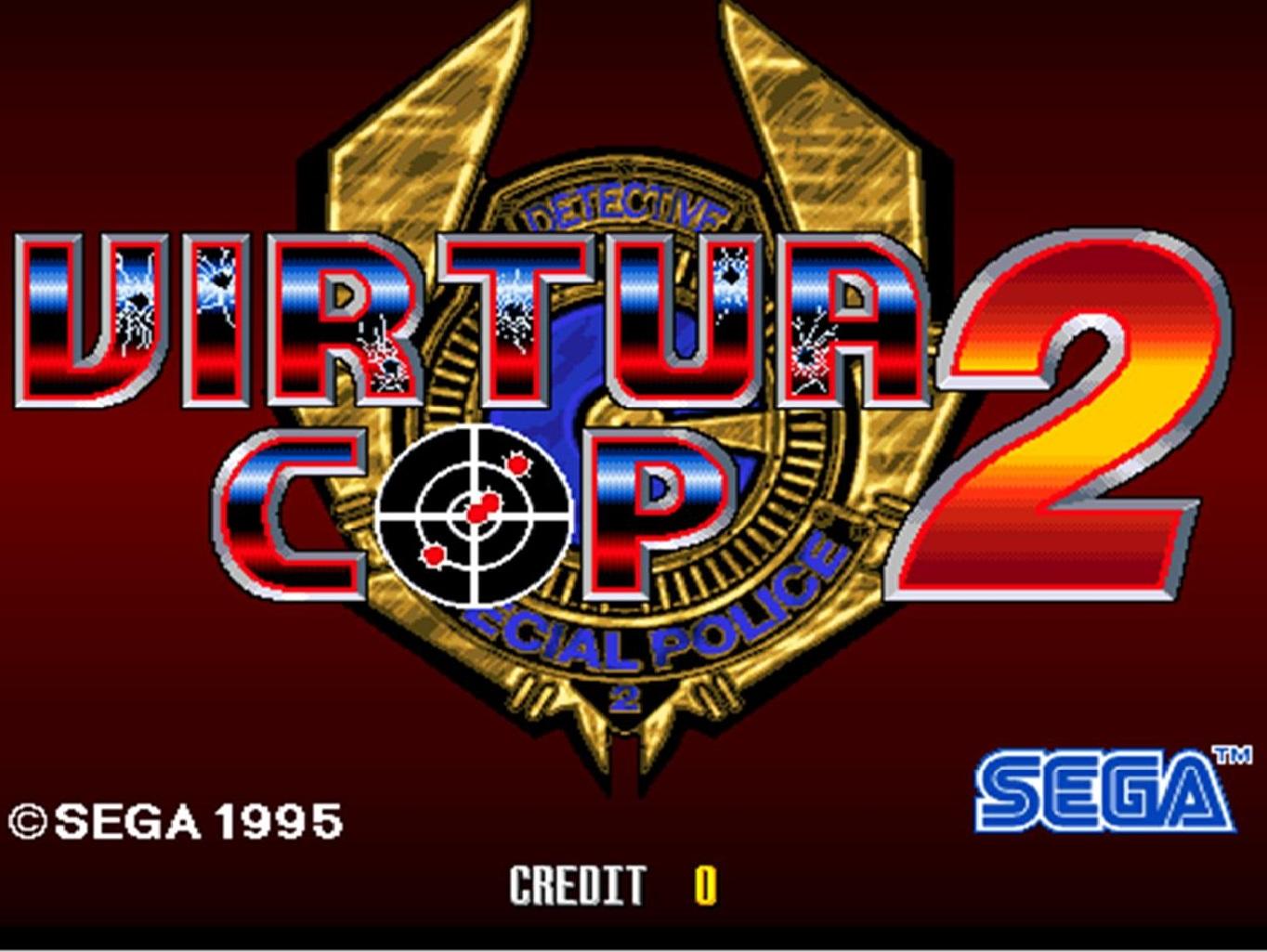 Level two sees you entering a large hotel complex, where there's plenty of opportunity for causing mass destruction as you shoot everything from computer monitors to big juicy melons. I did notice that the phones in the foyer don't ring when you shoot them though (shame) . You can also have some fun in the big dining room (Is it where Bobbi Louise does his cabaret act?) with the drumkit. If you're really good, you can shoot the drums and cymbals and come up with a wicked drum and bass tune. Okay you can't. The last level gives you a chance to have a shoot out on a moving underground train aswell as an extra Saturn only section which features another high speed car chase before you reach the big finale. There are some extra options included, like Auto Reload which is a real help and you can choose to play in VC1 mode which gives you the old style target and score booster. Gun select is also available at the start and there are bound to be loads more hidden features. Big Head mode is already a confirmed one, available after you've played the game 58 times.